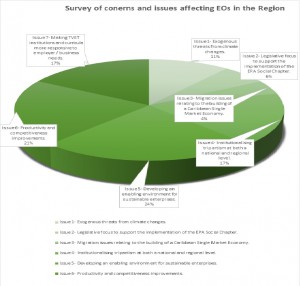 Back in May, the CEC polled its members on areas of concern and interest to them in order to prioritise key issues of importance to Employers’ Organisations nationally so that positions can be developed and advocated regionally. These are the results!!

Caribbean Employers’ and Workers’ Organizations met in Grenada for a regional bipartite workshop (video courtesy of the Grenada Broadcasting Network). 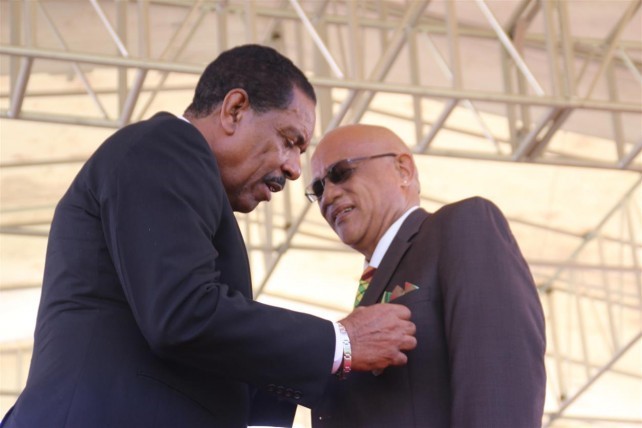 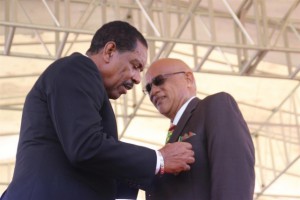 Congratulations to Director, Francis Emanuel as he was presented with the Meritorious Service Award within the Private Sector Development by his Excellency Charles Angelo Savarin, President of The Commonwealth of Dominica during the celebration of Dominica’s 37th Year of Independence on November 3rd, 2015. 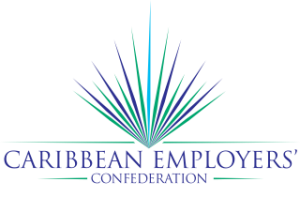 In a joint statement following the Regional Bipartite Meeting under their EU-funded project, involving senior trade union and employer organizations representatives from fifteen Caribbean countries held 3-5 November 2015 in Grenada, CCL president David Massiah, and CEC president Wayne Chen, announced the agreement to establish formal bipartite forums in each of their countries to deepen cooperation between trade unions and employers’ organizations to better coordinate research and advocacy on matters of mutual importance.

Coming out of the Grenada meeting was a recognition of the need for both employer and worker representatives to be more closely involved in the curriculum and strategy development of national technical vocational training institutions. Youth unemployment is the single most pressing issue to be addressed in the region and ensuring that coherence exists between job market requirements and the skills of job seekers is a top priority.

The participants determined from a practical perspective whether the fundamental labour principles prohibiting child labour, forced labour and discrimination along with the right to freedom of association and to bargain collectively were in place in each country. These four areas form the platform for the implementation of the Decent Work Agenda of the International Labour Organization.

Employer and worker representatives also assessed the national monitoring mechanisms for the implementation of the Economic Partnership Agreement (EPA) between the European Union and CARIFORUM countries. It was agreed that a more consolidated focus was needed in each of the countries to ensure that appropriate measures be put in place to enhance the benefits to be derived from the EPA.

CCL President, David Massiah, said “Both labour and employers demonstrated commitment and support of the work done over the three days. This augurs well for the future success of the programme which will send positive messages to our Governments.”

Welcoming the initiative, CEC president, Wayne Chen, opined that “these bipartite forums will mark a new era in the cooperation between workers’ and employers’ organizations that will no doubt improve the region’s business climate.”